About the East Roswell Community

Roswell, Georgia is located 22 miles north of downtown Atlanta. One of the largest cities in the state, Roswell currently has a population of approximately 95,000 people. With more than a dozen parks, several historic sites, and much more, there is no doubt why Roswell has been named one of the best places to live in the United States

Roswell has a complex history, including being a major geographic point during the Civil War. In the city’s 640-acre historic district, a great deal of architecture from the 19th century, including homes and factories, remains intact and can be viewed in person.

One of those homes includes Bulloch Hall, which was the childhood home of Mittie Bulloch, the mother of Theodore Roosevelt. Built in 1840, Bulloch Hall is a mansion built in the Greek revival style and has been restored with furnishings from the period.

The district boasts several more buildings that have been preserved and restored for anybody who wants to get a glimpse of this city’s fascinating past.

What to Do in East Roswell

For a dryer experience, the city’s many parks offer picnic areas, playgrounds, trails, and much more.

Roswell is also a culinary delight. The city offers a wide array of high-quality dining, with everything from local, southern style cuisine to international fare. Take a stroll downtown on Canton Street – one of Georgia’s most famous avenues – and you will find people outdoor dining of all varieties.

Parker-Chase Preschool is new to the East Roswell community, but we have been operating preschools since 1981. Our original locations are Carrollton and Plano, Texas and we have been accredited by the National Association for the Education of Young Children since 1985. We are proud to now be a member of the East Roswell community and our staff are experienced early childhood educators from the Atlanta area. In addition, Parker-Chase is part of Endeavor Schools, one of the leading private school operators in the country. 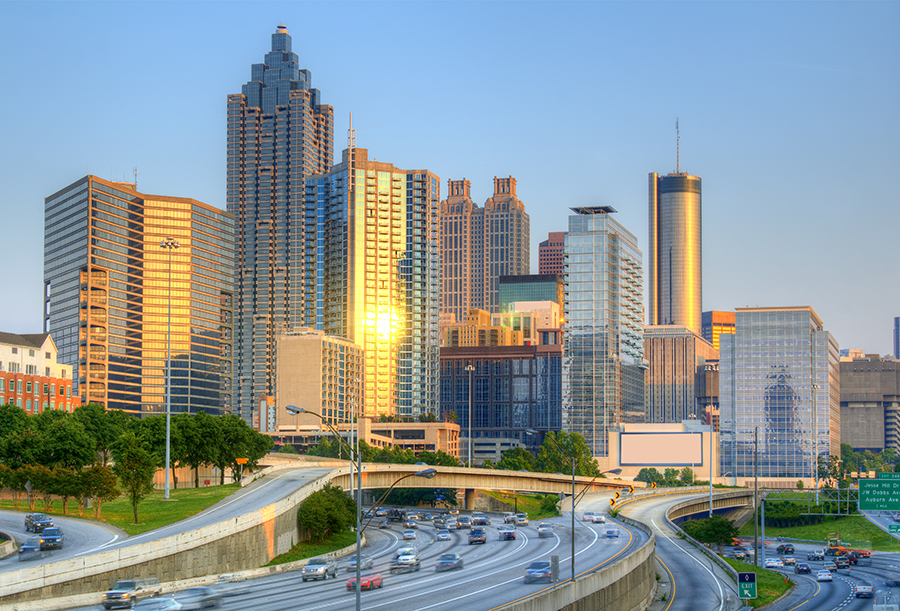 East Roswell is a convenient commute to and from Atlanta. There are three routes available and the most direct is a straight trip on the I-85. During rush hour, commutes are normally between 25 and 45 minutes. Public transportation is also available via bus on the Metro Atlanta Rapid Transit Authority (MARTA). Typical commutes to and from downtown Atlanta take about one hour. Downtown Atlanta has many attractions for the entire family, including the Georgia Aquarium, the World of Coca-Cola Museum, the Atlanta Magic Theater and the Children’s Museum of Atlanta.

Parker-Chase Preschool in Carrollton serves children aged six weeks to twelve years old. Parker-Chase offers a healthy and safe learning environment accompanied by a curriculum that is both appropriately challenging and developmentally sound. An accredited preschool by the National Association for the Education of Young Children (NAEYC), over 80 percent of Parker-Chase’s teachers have a degree in Early Childhood/Child Development or are in the process of obtaining one. Additionally, every staff member at Parker-Chase Preschool is Pediatric CPR and First Aid Certified.

Directions to and from Parker-Chase Preschool in East Roswell

Downtown Atlanta is a 35-minute drive from Parker-Chase Preschool in East Roswell. To get to Downtown Atlanta from Parker-Chase Preschool in East Roswell, depart northwest, turn left, and then immediately turn left onto GA-140/Holcomb Bridge Rd. Then, take the ramp left for US-19 S/GA-400 S/Turner McDonald Pkwy S. Continue straight onto GA-400 S/Georgia 400 Ext S. At exit Georgia 400 Ext S, take ramp for I-85 S/GA-403 S and keep straight onto I-75 S/I-85 S/GA-401 S/GA-403 S. At exit 248A, take the ramp right for Martin Luther King Jr Drive toward State Capitol/Turner Field. Turn left onto Washington Street SW followed by a right turn onto GA-154/Trinity Avenue SW. You will arrive at GA-154/Trinity Avenue SW in downtown Atlanta, Georgia.